In Europe they have such crazy and interesting cigarette packages.  There, they are really trying to scare people away from smoking, but, in reality, it has the effect of people showing off the new packages to their friends to see which ones they got, kind of like when you used to display your baseball or similar cards to your friends.

The effect of crazy cigarette packages is quite comical…

When I first saw these packages, I was actually in a duty-free shop in Toronto, Canada I think. 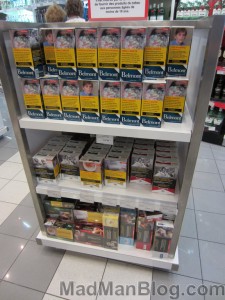 They look so funny mainly because of how crazy they are.  And, they are like trading cards due to the fact that each package or carton features a different person.  And, many people even name these people.  For instance, if you watched some of my videos on youtube (MadManBlog), you would have seen that I named my friends package “Frank.”

It is just soo crazy that it becomes funny.  Everyone knows that smoking is bad for you, so why try to force people to stop by scaring them?  I kind of like the scare-advertisements instead of the boring cigarette logos, but  I don’t think the government should try to force me to not do something that is perfectly legal.

Here are so more of these scary evil cigarette packages… 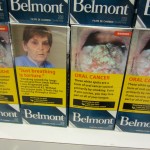 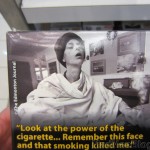 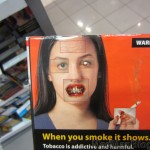