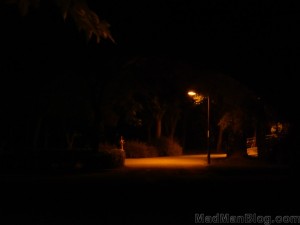 It’s time to go back to the park to let the people in the group who would like to consume what was just purchased do their thing.  We head to the park that used to be the bottom of a river; yea Valencia is cool like that!

At this point, it is just 5 of us: me, 2 Dutch guys, and 2 Kiwi girls.  Can you guess who bought the drugs?  You’d be wrong if you thought it was the Dutch guys.

I never knew this before, but apparently there is a good way to smoke hash and a bad way to smoke hash.  This brings me to another point, given that I just named what was purchased.  For at least 20 minutes after the Kiwi girls purchased the “hash” one of the Dutch guys was arguing with them and telling them that they did not get hash and that they have no idea what the hell they are about to put into their body.

Undeterred, the girls march on.

They take a plastic bottle and burn a hole on the side of it near the bottom.  They then put the hash, or whatever it is, inside a kind of rolled cigarette and light it and let the smoke go to the top and some other sort of smoke go to the bottom where the cap is, the bottle is now upside down.  Then, one of the girls unscrews the cap and sucks out the smoke from the bottom and leaves the other smoke in the top of the bottle.  Sigh… teenagers.

At this point, I go to sit down on another bench and chill-out looking up at the stars while the two Dutch guys are throwing up in the bushes.  While hearing the distinctive sounds of violently throwing up after a night of heavy drinking, a thought crosses my mind, I bet vomit provides good nutrients to plants, except, of course, for the gastric acid that accompanies the beer and food that comes up.

Either way, this is the end of the night for me.  It has been crazy, unexpected, fun, and thrilling.

Sitting in the old river-turned-park after one of the best days I can remember, I am content; I am happy; I am tired; I am hungry; it’s time for bed.