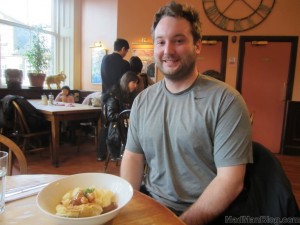 I am still alive, but just barely, or so it feels. As you can tell by the posts, the last time I was able to make a post was after the Torchlight Procession for Hogmanay in Edinburgh, Scotland. There is a reason for this 😉 …

Normally, I like to have fun and ‘party’ but I tend to limit it to a few days at a time because the last place you want to be continually hung-over is a hostel, in a room with 7 or 11 other people, a shared bathroom, and no one that cares about helping you overcome the hangover.

In fact, the best and worst thing about hostels are the other people.  And, this leads me to how I ended-up partying from December 31, 2012, to January 7, 2013 and, by the very end (day before yesterday) being totally dead and broken – kaput. 🙁

I was only supposed to stay in Edinburgh, Scotland until January 2.  This obviously did NOT happen.  My initial thoughts were that I would stay until the second so that I would have time to overcome any hangover from the first.  This was a good plan and, for some reason, many other travelers had not thought this through and left between 6 am and 9 am on the first (I was still awake at this time).

Now, what DID happen is this.  I wake up on the first around 4 pm, half of my room had already left and there were new people sleeping there who were also hungover from the New Years party.  And, this is how it all started; one group of great and fun partying people leave and another group arrives. Now, I said that I would not drink that night because I wanted to relax and detox.  But, this hostel has such an amazing bar area with two pool tables, lots of couches, loud music, and relatively friendly people.  So, this is where I hung-out, even if I just wanted to chill and not drink.

But, I love to meet people and I love to have a good time with good people.  So, it was practically impossible for me to say no to a beer with good people when they go so far as to buy the first drink and set it in front of me.  I mean c’mon, you have good people all on vacation, me sort of on vacation, good music, great conversation, pool tables; what more could you ask for?  And since almost everyone is on vacation, they are partying like there’s no tomorrow; it is difficult to manage this when you are traveling for more than a few days and you need rest while everyone else needs to party.  And, as soon as I wanted to stop partying, I would meet other cool people at the hostel or at a bar; I mean, people from around the world doing everything from off-shore oil drilling to teaching English abroad to management consulting.

Traveling is about the people you meet and I have met a lot of great people, especially during my stay in Edinburgh, Scotland for Hogmanay and New Years 2012/2013.  I am dying now, but I wouldn’t change a thing :).

A little dose of cold hard truth though; after these days, my body was, and kind of still is, very unhappy.  I am coughing like an asthmatic coal miner two-pack-a-day smoker and I can’t keep any food in my system :(.  I am now paying for the past 10 days or so, but I really wouldn’t change a thing!  (maybe I will write more about these nights in another post 😉 )